On Father's Day I found this photo of the late Jordan Gruzen, who headed up the bicycle tour of Block Island that Alice and I participated in. Jordan obviously enjoyed the trip and the kids all seem happy.

Jordan was a devoted father.

The finish times of the participants varied widely. I was the last to arrive. My job was to be at the end of the line, to help stragglers, of which there were a few - mostly problems with bicycles.

Here are some tributes to his remarkably productive life, which ended in January 2015.

An Architect's Legacy of Solid Design and Optimism - The ...

easthamptonstar.com/Obituaries/.../Jordan-L-Gruz...
The East Hampton Star
Posted by John Tepper Marlin at 6:19 AM No comments:

Five years ago I attended the memorial service in Washington for Don Fisk.
In the 1960s and early 1970s, Don and his wife Nan Boissevain were close friends of my parents Spike Marlin and Hilda van Stockum. Nan and Hilda were both engaged local artists in Washington. Brigid Marlin also visited them.

When my mother died in 2006, Nan and Don posted a nice note on her Guest Book:


Nan and Don Fisk, Boulder, Colo. - "Your parents came after Eric was born and were really interested in that baby. That visit was the bright spot in those first weeks... One time when we were at their house for dinner, Hilda had finished a self-portrait. It was a good one and I could see her look at it repeatedly. I know the feeling exactly."

Don directed the productivity program at the Bureau of Labor Statistics, which was well represented at the memorial service five years ago by current employees. At the service, those attending were in a circle presided over by Nan's first son Harry (named after her father Harry Boissevain).

Relatives, neighbors and friends spoke in turn of Don's commitment to hard work and quality and to his generous nature. The obituary in the Washington Post is below, as published April 4, 2010 announcing the service.
FISK - DONALD McKEE FISK On October 21, 2009 of Boulder, CO. Born in Hollywood, CA on October 26, 1932. He lived in the Washington, DC area for many years. Donald's education included Columbia University - PhD candidate; Columbia University, Graduate School of Business; University of Southern California, MS Economics and Fresno State University/Willamette College, BS Economics.

He was Director of Program Evaluation for San Diego County and worked in Paris, France at NATO while with the Rand Corp.

Nan's brother Matthijs (Thijs) Boissevain developed a system for identifying the Boissevain relatives in a way that did not require gender specification. Here is his entry, slightly edited to conform to English practice, for his father Harry Boissevain and Harry's three children which include Nan Fisk and Thijs:

Children of Harry and Anna :

Posted by John Tepper Marlin at 8:24 AM No comments:

Posted by John Tepper Marlin at 4:19 AM No comments: 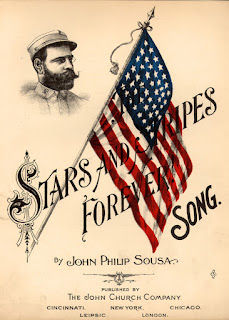 Today in 1777, the Stars and Stripes were presented to Congress. The stripes were familiar but the stars were new. They were introduced as stars "of a new constellation".

Marc Leepson's Flag: An American Biography describes the many flags that were used in 1775 during the American Revolution - regimental flags, a rattlesnake with the slogan “Don’t Tread on Me,” and a pine tree with the words “An Appeal to Heaven.”

In June 1775, the Second Continental Congress, meeting in Philadelphia, created the Continental Army. Washington likely raised the British Union Jack back then, says David Martucci, past president of the North American Vexillological Association, the world’s largest organization dedicated to the study of flags. Martucci says that the Continental Colors - the 13 red and white stripes with a Union Jack in the canton (upper left-hand corner), was used by the navy and perhaps by the army at forts, says Martucci.

The revolutionaries realized that flying the enemy flag was not a good idea, says Leepson. So on June 14, 1777, the Continental Congress passed a resolution stating that “the flag of the United States be 13 stripes, alternate red and white” and that “the union [canton] be 13 stars, white in a blue field, representing a new constellation.” No one knows for sure who designed the flag or why that particular color combination and pattern were chosen. There is a legend that Betsy Ross made the first American flag in 1776 after being asked to do so by Washington, but the story emerged long after the event allegedly occurred.

The stripes in the stars and stripes are easier to trace. There are several plausible sources. J R "States" Manship last year left a comment on my post "Washington's Coat of Arms and the Stars and Stripes".  He asked me: "What role do you see in the Sons of Liberty flag from the Massachusetts colony - the flag with only red and white stripes?"

The Sons of Liberty Flag

Good question. The Sons of Liberty flag may well be the best explanation of the origin of the stripes in the Stars and Stripes. The flag was known to members all the way south to Georgia. It was easily made by sewing white strips onto a red ensign, which was widely available for British vessels.

The Sons of Liberty was an underground organization created in response to British tax and other hostile actions against the colonies. After defeating France in the French and Indian War, when George Grenville as Prime Minister, Parliament passed the Stamp Act of 1765. It required  certain printed materials in the colonies be produced on stamped paper produced in London with an embossed revenue stamp - notably legal documents, newspapers and magazines, and playing cards. The tax had to be paid in valid British currency. who should be paid by London. The Stamp Act was very unpopular among colonists and the Stamp Act Congress in New York City was the first common response among the American colonies to a British law:
The Sons of Liberty organization was created to resist the Stamp Act. The coalition extended from New England down to Maryland, with members all the way to Georgia. Protests and demonstrations initiated by the Sons of Liberty often turned violent. Stamp tax sellers were tarred and feathered, and resigned their commissions. The tax was never collected, as British vendors to the colonies feared for their business. Grenville was relieved of his office in 1765 and the Marquess of Rockingham was made Prime Minister. In 1766 the Stamp Act was repealed but Parliament affirmed its power to impose laws the colonies in the Declaratory Act, which also met with outrage. The next Prime Minister was Pitt the Elder, who was a hero to the colonies because he championed them in the French and Indian War. However, he too had a short time in office (1766-68) and it was left to Lord North to try to generate money from the colonies.

The British Parliament under Lord North passed some excise taxes on tea and other taxes. It did more, something not properly acknowledged in many history texts. The Crown, with the support of Parliament, claimed property rights to all territories to the west of the colonies - much of which was claimed by the colony of Virginia.

The Sons of Liberty are remembered mainly for hosting the Boston Tea Party in 1773 in reaction to the Tea Act and then the Intolerable Acts. A unifying name helped to promote inter-Colonial efforts against Parliament and the Crown.

By November 1765, a committee was set up in New York and in December an alliance was formed between groups in New York and Connecticut. By March, Providence had initiated connections with New York, New Hampshire, and Newport, Rhode Island; chapters were started in New Jersey, Maryland, and Norfolk, Virginia; and a local group in North Carolina was attracting interest in South Carolina and Georgia.

The Sons of Liberty would hold meetings to decide which candidates for office to support. British authorities attempted to denigrate the Sons of Liberty by referring to them as the "Sons of Violence" or the "Sons of Iniquity." The inter-colony communication made possible a decisive boycott following the Townshend Act in 1768.

The property of the gentry, customs officers and other British authorities often fell victim to mobs. In New York City the Sons of Liberty would put up liberty poles and British soldiers would tear them down. In January 1770, in the Battle of Golden Hill, many people were injured and at least one killed. Violent outbreaks over the pole raged intermittently from 1766 until the Patriots gained control of New York City government in April 1775. In Boston, another example of the violence they committed could be found in their treatment of a local stamp distributor, Andrew Oliver. Even after he resigned, they almost destroyed the house of his close associate, Lieutenant Governor Thomas Hutchinson.

In August 1765, nine citizens of Boston protested the passing of the Stamp Act. They adopted the "rebellious stripes flag" with nine uneven vertical stripes (five red and four white), signifying the “Loyal Nine”, which came to mean the nine colonies that met at the Stamp Act Congress of 1765.

As the other four colonies joined in, the nine stripes became 13. In 1767, the Sons of Liberty adopted the 13-stripe flag and started recruiting change agents in taverns, the docks and the marketplaces.

Members of the Sons of Liberty by Colony

I have argued in several blogposts, for example, here, that the stars in the Stars and Stripes come from the Douglas coat of arms as worn by the Good Sir James Douglas, ally of King Robert the Bruce of Scotland.
Posted by John Tepper Marlin at 2:30 PM No comments:

The Future of History

The first page of The New York Times Business Day section today has a photo of Arianna Huffington and underneath it the headline "After Deal, Whence Huffington Post?"

The headline writer must have meant "Whither".

The online version of the story changed the headline to "Huffington Post in Limbo at Verizon", which is better.

However, if Limbo is the place where you wait forever, then Verizon from my experience is less like Limbo than, say, T-Mobile or Sprint.

In the Soviet Union there was a joke: "The future is certain. It is the past that keeps changing." Even in the United States we see a lot of rewriting of history. The great thing about print media is that it is a permanent record.

In the digital era, is there a future for history? Some people wonder.
Posted by John Tepper Marlin at 5:30 AM No comments: